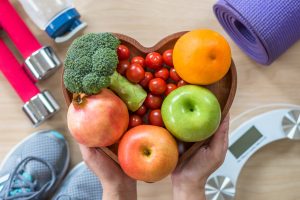 Children at risk during flu season

According to the CDC, children younger than five years of age – especially those younger than two-years-old – are at high risk of serious flu-related complications. In his remarks launching the HHS Annual Flu Vaccination Campaign, HHS Secretary Azar said, “Illness occurs very quickly: 65 percent of reported flu deaths in children happen within seven days after symptom onset, 38 percent of deaths occur before being admitted to the hospital.” Adding “of those children six months and older who died from the flu between 2010 and 2016, only 22 percent were fully vaccinated against flu.” Learn more on how to protect children during flu season.

Founded in 1990, the Sibling Support Project is the first national program dedicated to the life-long and ever-changing concerns of millions of brothers and sisters of people with special health, developmental, and mental health concerns. The Sibshop program provides a peer support group for school-age kids who have a sibling with special needs. There are more than 400 Sibshops across the world, including those at Advocate Children’s Hospital, Advocate Illinois Masonic Hospital and at sites in Wisconsin.

Advocate’s Autism Treatment Program uses a unique and highly successful treatment model that focuses on helping parents learn to interact successfully with their child with autism. The center offers extensive parent training; provides therapy for the child in a variety of settings including the home and center; collaborates with the child’s special education program; and adapts services to meet the unique needs of each child and their family. The program is committed to making services available to all, especially those who may not be able to afford these kinds of treatment programs. Learn more.

Advocate Health Care offers easy ways to help you understand and choose the Medicare plan that’s best for you. These resources can help if you are:

CaptionCall is a phone made for people with hearing loss who have difficulty using the phone. The captioning phone acts like captioned television. Captions of what the other person is saying scroll while they talk so they can better understand the conversation.
Learn more.

The South Asian Cardiovascular Center at Advocate Lutheran General Hospital is the first center of its kind in the Midwest designed to serve the South Asian community through a unique combination of community outreach, culturally sensitive advanced clinical services, and research. The Center has released a 25-video series that provides heart healthy recipes and encourages sound lifestyle choices. See details of the Center’s medical services.

Up to 80 percent of strokes are preventable, and many of the risk factors are controllable. Take Advocate Aurora Health’s online Stroke Risk Assessment to estimate your chance of experiencing one and learn about the ways you could minimize it.

This is an opportunity to take part in a training program to help you learn about and raise awareness of diabetes prevention in communities. The research is evaluating the effectiveness of the training program. Participants must be:

A community member focused on health related outreach and awareness
Adult (18-65 years old)
Female
Of African American/Black/African ancestry
Getting less than 150 minutes of weekly physical activity or overweight
Study location is UIC College of Nursing. Participants receive the following for taking part in the study: Program materials and up to $150 for completing full pre- and post-program evaluation. Please call Dr. Laurie Quinn at 312-996-7906 for more information. Download the flyer.

Weekly Words of Wellness e-newsletter distributed by Living Compass Wellness Initiative whose mission is “Outfitting individuals, families, congregations, and organizations with tools and training for the journey toward wellness and wholeness.” Subscribe here.

Living Abundantly Ministries – a small group model that makes the connection between the health of our spirits, bodies, minds and community. Learn more.