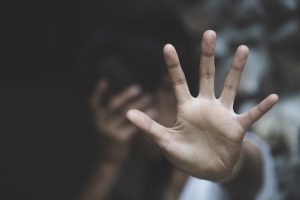 April is Sexual Assault Awareness Month. This month is designated as a time when we as a community bring awareness to the evil of sexual assault and its dramatic impact on not only victims, but also the community as a whole.

Clergy are not exempt from facing the reality of sexual assault.

Whether in parish ministry or serving in the public sector – with staggering statistics such as one in five women and one in 13 men will have been sexually assaulted or forced to be complicit in a sexual act in their lifetime[1] – we have encountered and interfaced with a victim of sexual assault living to survive past their trauma.

Often clergy may feel stuck and a church community may feel ill equipped to handle such a crisis.  This isn’t something we can pray away.  Sexual Assault is real, and clergy have a mandate in scripture to live a Micah 6:8 life to do justice, to love kindness and walk humbly with God. This begins with one simple phrase:  I believe You.

Before life in parish ministry, I spent more than 10 years in the sexual assault field, initially serving as a medical/legal advocate for anyone presenting sexual assault to a neighboring Emergency Room hospital.  Often, I found myself sitting with victims literally hours after an assault.  The smell of fresh tears and the look of ripped clothing and blood were real and often I was one of the first three people to hear the horrible details of what happened.

Hospital and law enforcement personnel have a role, and I did too.  My role was to believe the victim and help them navigate a system of which many were unfamiliar.  These three words of I Believe You, so simple yet so profound because what I would grow to learn is that often we may be the only ones who do. Patriarchy dancing with racism often informs systems who can and cannot be a victim of sexual assault.  To be the person who states unequivocally “I Believe YOU” means the world to victims and can lead them on the long road to healing.

As clergy in a moment of crisis, we are called to be the presence of God and the voice of comfort.  The ministry of presence is critical, and we must lay all burdens and preconceived notions aside and walk into a Mary Magdalene theology of Believing Them. It costs us NOTHING to believe a victim.  The victim has paid enough.  Let us be the voice of comfort and healing and BELIEVE THEM!